Home > What is Fine Bubble?

What is Fine Bubble?

What is fine bubble?

Fine bubbles are bubbles with a diameter of less than 0.1 mm. In June 2017, it was decided by the international standard ISO-TC281. 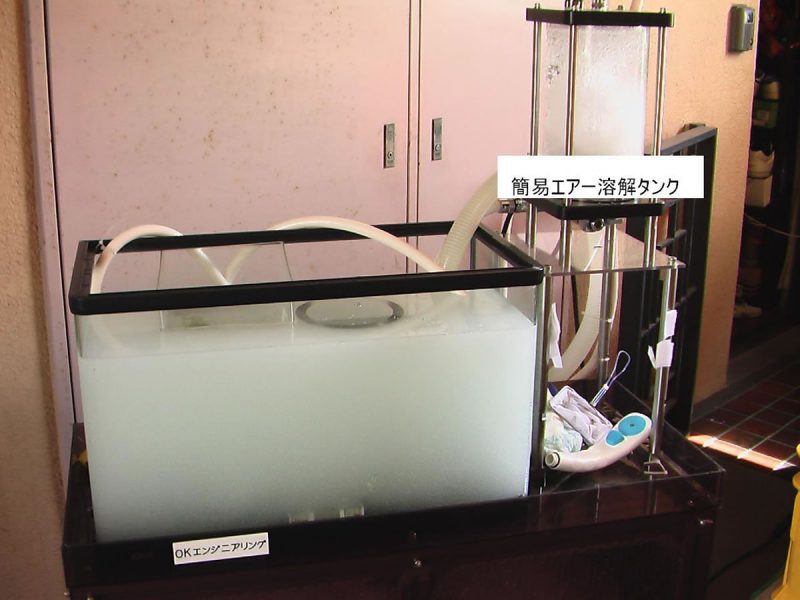 Microbubbles are very tiny bubbles. Bubbles with a bubble diameter of 1 μm to less than 100 μm are called microbubbles. Bubbles with a diameter of less than 1 μm are called ultra-fine-bubbles (nano bubbles). (1 μm is 1/1000 mm)
In June 2017, the name was stipulated in the international standard. Microbubbles and ultra-fine- bubbles (nanobubbles) are now collectively called fine bubbles. Fine bubbles look more like “white turbidity” than “bubbles” as long as seen by human eyes. The amount of gas contained in the water determines the concentration. For example, if you use this new-type nozzle (Photo 1) to inject water that has sufficiently dissolved gas in a pressurized dissolution tank (0.4MPa = 4kg / cm²), it will turn white like milk (photo). In the case of tap water, it looks like “white pale turbidity”. If left untreated, it will return to its original clear water in 3 to 7 minutes. The hot water from the water heater becomes cloudier than tap water.

Researches and Applications of microbubbles 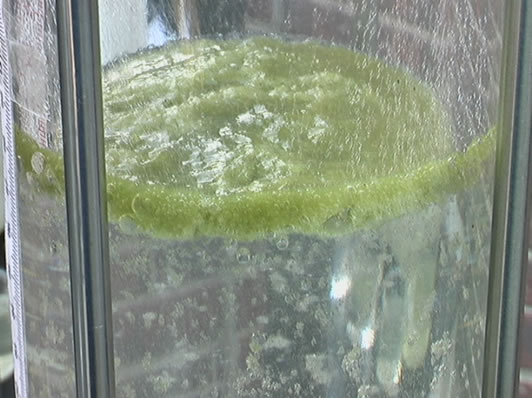 Microbubbles became known to the public after the broadcast of “Microbubbles and oyster farming” on NHK in 2000. The red tide damaged oyster farming in Hiroshima, and microbubbles were used as a countermeasure. At this time, oysters grow twice as fast as a large by-product, and it takes two years to ship normally, but it ships in one year. It was reported that “Waka” (soft, juicy and very tasty) has been revived for the first time in 30 years.

In the field of aquaculture, it is widely used for oysters, scallops, pearls, prawns, and eels. Microbubbles are not only for aquaculture, but also for sterilization and cleaning of oysters, fish preserves, aquarium, hydroponics, baths, water purification, measures against water-bloom, various oil floating separations, washing machines, deodorization, medical related, reducing resistance of ships, etc.

There are about 10 types of micro-bubble generation mechanisms, but there are roughly 3 types that use “nozzles”.

(1) Swirl flow method in which water is swirled and sheared

(2) Turbulence method that shears by turbulence represented by venturi tube

(3) Pressurized dissolution method in which the gas dissolved by pressurization generates bubbles using a nozzle.

Practically, the cavitation and crushing mechanisms are working. The “OK Nozzle” developed by our company is a complex multi-stage turbulent flow method : loop flow method.

What is Fine Bubble?